Described as Sewer Doom Metal and being a fan of all things slow and heavy it was clear that IRN was a ‘must have’ for Breathe Plastic Records. The cassette will be out at the end of August. To hold you over until then here is an interview Breathe Plastic in which these Canadians introduce themselves a bit further.

Could you start with introducing IRN? Who are in it and what was the reason for starting this band?

Jeff – IRN is myself on bass/Vocals, Ken on guitars and Will on the drums. We’ve known each other through the scene for years. We share a mutual love for all that is slow, low and heavy so it only seemed natural to start jamming.
Will – We’re simply continuing with the horned fathers plan.

Have you guys been in other bands or are you currently in other projects?
Jeff – We’ve all been in many projects over the years in and beyond the scope of metal. I currently also play in a local black metal band that shall go unnamed due to the desire for anonymity.
Ken – I play music for a living, so I play in a plethora of projects, not really discriminating to style. My professional instrument is actually the double bass, and my other main project outside of IRN is a jazz quartet under my name where I play said instrument. We will probably find a way to throw in the double bass on an IRN tune in the future, you can drone out on that instrument indefinitely.
Will – Other current endeavours include my improv group The Boston Molasses Explosion of 1919, and the band Vilipend has recently asked me to take over on the drums which is neat.

What’s an IRN by the way?
Ken – IRN is something you do not want to dispose your loved one’s ashes in.
Jeff – IRN is nothing.
Will – IRN is the word iron with a missing vowel. It was either IRN or RON. Others have coined it as meaning I’m Really Negative or Impossible Rectum Navigation.

IRN gives us some very dirty doom/sludge, what do you consider to be your main influences, both musically and lyrically?
Jeff – Musically I’d say Burning Witch, Khanate, Eyehategod, Electric Wizard, Yob stuff like that. Lyrically I write about whatever comes to mind there’s really no theme beyond the general darker side of existence.
Will – Pretty much what Jeff said. I have a fond appreciation (and perhaps patience) for noise, soundscape/ambient kinda tunes too. I like my jazzy/prog/math nonsense as well. I’m pretty much influenced by artists and musicians who actually mean what they’re doing.

You use quite a bit of samples in your music and especially the samples in Adrift Between Burned Out Villages work really well in my opinion. If you want to share, where are they from and what does the song title mean?
Will – The samples are from Joe Coleman and Robert Anton Wilson. Both wise and erudite gentlemen. I find Joe gives a harsh and bleak bark to those who look for scapegoats to validate their restlessness and breeding habits, while Robert balances it out by calling anyone with a world view an unconscious insensitive asshole. To me that’s a comfortable blanket I can wrap myself in. To be adrift between burned out villages, perhaps, is to regress back to a primordial state of non linear time traveling ooze, observing the final decay of our species. Hadn’t really thought about it before, Jeff came up with the title.

How has the response been to the songs you’ve released so far?
Jeff – Really good! Far beyond our expectations considering we just started this band for shits and as an excuse to drink lots.
Ken – The online metal community has been really supportive, all we did was just write and record a bunch of tunes and made them available online. Then the reviews and blog features just started to appear. As much as the internet has lead to over-saturation of bands, it does allow good music to reach a new audience quickly. The doom metal community in particular seems to be really outgoing, so cheers to them!

The cassette release through Breathe Plastic will have an extra song, your re-interpretation of Erik Satie’s composition Gnossienne #3, which to me is a bit of an unexpected choice. Why did you pick Satie, and why this composition in particular?
Jeff – I’m a big fan of classical music as are the other guys. My parents always took me to the symphony when I was younger so it’s a big influence. Satie is one of my favorite French composers. His works are nice and slow and often very moody especially this piece in question. So it seemed to be perfect for slowing down even more and distorting the fuck out of it.
Ken – A lot of the great classical composers were a little nuts. I think Satie was extremely nuts, and it shows in his music, so it was a perfect choice for us.

                
With IRN you have been playing live. Are there many possibilities to play in Toronto and are you planning on touring more?
Jeff – We’ve done a handful of shows around Ontario and Quebec. You can only play Toronto so much as the underground scene here is pretty small so it gets old fast. We’re hoping to play some more shows around eastern Canada and possibly Europe next year.
Will – Yeah, I’m of the mind to not play locally too often. Keep the shows special. I’m always down for touring.

How is it for a band to be in Canada/Toronto, how is the ‘loud bands’ scene there for instance? And are there any bands you can recommend?
Jeff – It’s pretty rough to be honest. All the major cities (Toronto, Montreal, Vancouver, Halifax) are far apart which makes playing shows anywhere outside of your town a big undertaking. There are lots of good bands across the country but it’s harder for us here to get the word out compared to the states because of how large the country is and how small the population is in comparison. I’m kind of an asshole and don’t really care for most of the local bands. There really aren’t many doom bands here at all which is surprising considering how gloomy this city is.
Ken – I think there are a bunch of great heavy bands in Canada, but like Jeff said that spans over 8000 kilometres. Some of my favourite underground Canadian bands are G.O.D., Hellacaust, Hoopsnake, Antediluvian, Napalm Raid, Thantifaxath, Revenge, Abyss, Godstopper, The Great Sabatini and Khan. Plus we’re the home of Voivod and Razor, that’s enough to be proud of.
Will – I lived in Montreal for about 8 years and used to think it was the epicentre of loudness and metal. Montreal does have an amazing music scene. Though, the longer I was there, the more exclusive I found everything/everyone to be. You were either spectating or competing. Very much an inner circle, alot of pay to play to nobody scenarios. I suppose I gave up on looking after a while. That’s not to discredit Montreal, it’s a wonderful place with wonderful people. Since moving to Toronto it’s become pretty evident that there are tons of forward thinking metal/hardcore/punk etc acts coming out with a real growing and interested community surrounding them.

There are dozens of great bands from the area. (Demonic Possessor, Godstopper, White Ribs, HammerHands, Eyeswithoutaface and Bird Death for example) Perhaps my views aren’t as tainted yet I’m relatively new to this city still. That’s not to say that I have any kind of affinity for Toronto, as it’s seemingly some sort of giant amalgamating cancerous octopus playground for slaves crafted by lower 4th dimensional plastic palace contractors. As for playing Canada, it’s tough. Every major town and city (outside of the GTA) is a reach. Sometimes you drive for 10 hours just to arrive to the next city/town. I like the drive, Canada is beautiful (for now). What I will say is that everyone wants to help you out with places to crash, food, hang outs, etc. That’s pretty amazing considering the general theme of the music I’ve been part of is “You make me sick and I fucking deplore you.” 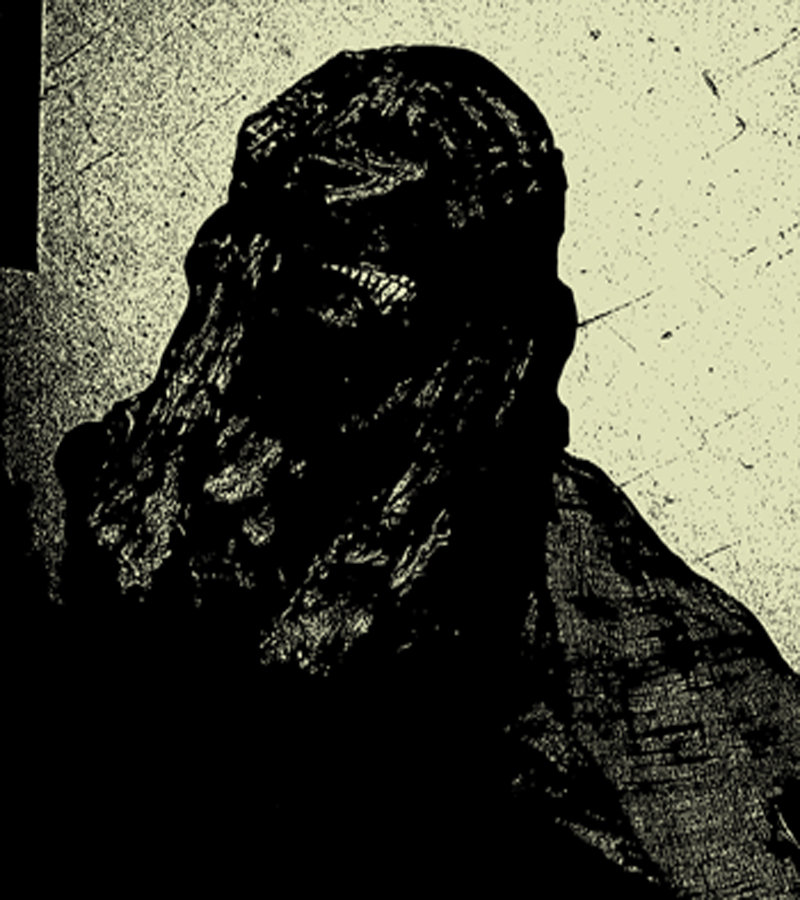 What will the near, or not so near, future bring for IRN?
Jeff – We’re writing more tunes and releasing an LP on Raw Birth Record tentatively scheduled for December.

Something different; the year is already more than halfway, what are the musical highlights for you and the guys so far?
Jeff – I’ve been a bit out of the loop on new bands and releases which I really need to catch up on. I have been digging Conan and Meth Drinker as of late though.
Ken – Horna – Askel Lähempänä Saatanaa, Voivod – Target Earth and Rotten Sound – Species At War. And I don’t own them yet but I like what I’ve heard of the latest Immolation and the last Cathedral record.
Will – Off the top of my head I’d say Thundercat – Apocalypse. Can’t stop listening to that, some slinky soul right there. The latest All Pigs Must Die is devastating. Colin Stetson’s New History Warfare Vol#3 is as experimental and emotive as it gets. That guy is next level. New My Bloody Valentine recordings after 20 + years made me a happy boy. Also the self titled Child Brides album is a great test in pain threshold. Oh, and Lycus! The album Tempest is a mighty fine funeral dirge of a listen.

In another interview you mentioned your favourite, or one of your favourite, Canadian bands being Gorguts. What’s your opinion on the new songs they’ve been releasing recently?
Jeff – I really like the new songs a lot. I think they’re a really good mix between From Wisdom to Hate and Obscura while adding something new to the mix.
Will – Definitely. It was a well needed break for them, as the newer tunes are very strong and refreshed sounding.
Ken – Fantastic, Luc Lemay is the best. I had no doubts about the new record and they’ve managed to live up to their previous records while still moving forward.